The latest book of the king of Scandinavian crime fiction! Jo Nesbo returns with „Królestwo”


In a Norwegian village somewhere in the mountains, mechanic Roy lives a quiet, simple life. When his enterprising brother Carl returns years later with a proposal to build a hotel, the dark secrets of their childhood and adolescence are revived. Roy has always defended his younger brother from his peers and protected from malicious gossip, but now his loyalty is being put to the test.
Świat Książki bookstore is located opposite the self-service checkouts. 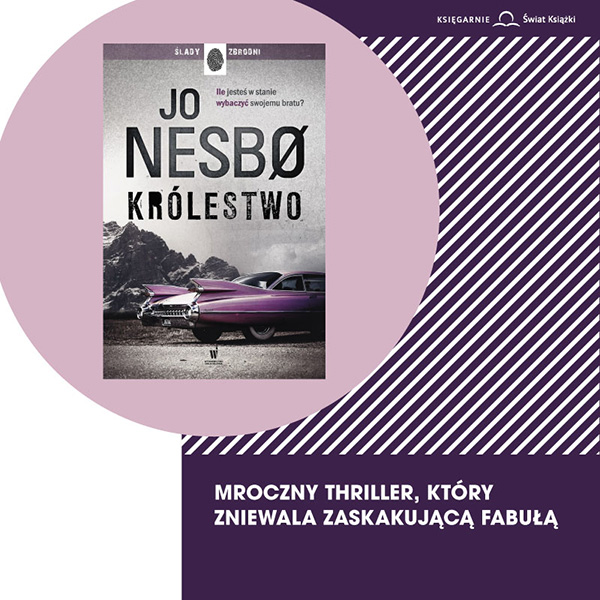 „Morderstwo na Sekwanie”  is the newest book by Michel Bussy, which in addition takes part in the promotion "second book -50%" at Świat Książki, which you will find opposite the self-service checkouts.
On the sixth day of Armada, a sailor's body was found in the middle of the Rouen wharf! How was the murderer able to commit this crime? Are the sailors from all over the world really united by an unusual pact? What treasures at the bottom of the Seine are they looking for? And what is the scandal hiding the authorities?

Eight million tourists are held hostage by cruel manipulation. A crazy race against time begins. To avoid further casualties, they must make it before the parade on the Seine ... 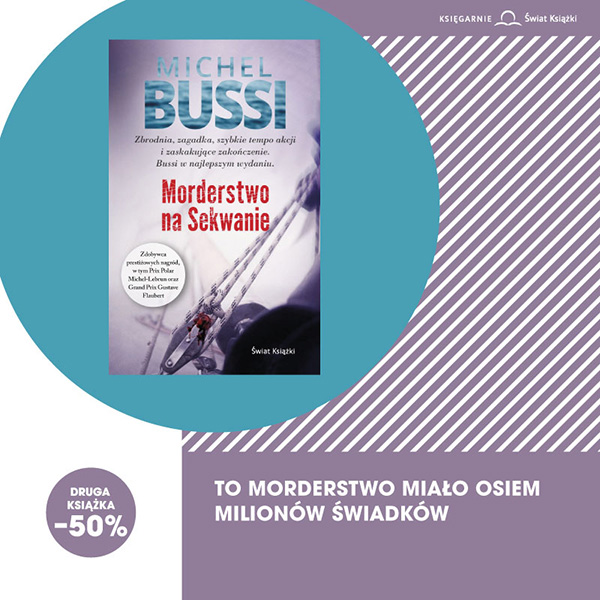 This is the fourteenth volume of the "Sigma Force" series - James Rollins' „Tygiel zła”  is a fresh novelty that takes part in the "second book -50%" promotion at Świat Książki (opposite self-service cash registers).
Returning home does not always turn out to be happy. Commander Gray Pierce finds out about it when he discovers that his apartment has been plundered and his love has been kidnapped. The only witness to what happened at Pierce's house is his best friend's wife. Unfortunately, she is in a coma.

When a brilliant neurologist finds a way to contact the catatonic woman, it turns out that Sigma's agents are on a crazy mission. They will have to embark on a journey to discover the secrets of the Spanish Inquisition and one of the cursed books of Christianity - Malleus Maleficarum, The Hammer of Witches. 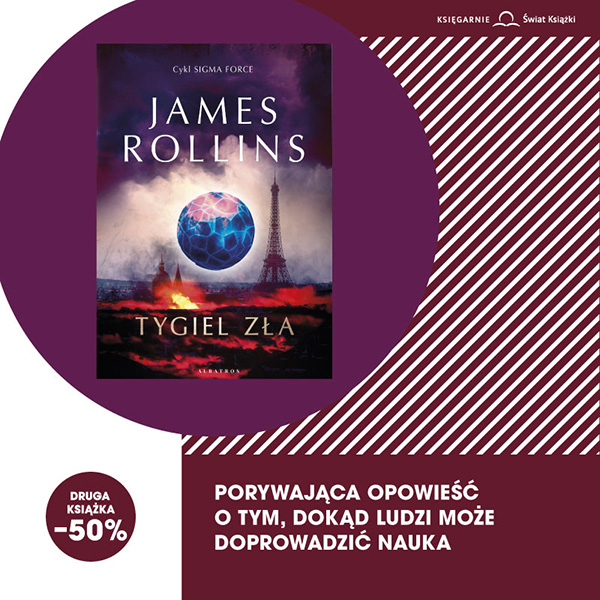 Loved all over the world, Elena Ferrante made us wait a long time for her book, but #it would be worth it!
Giovanna grows up in a happy intellectual family in Naples. The girl becomes more and more interested in her origin and extended family, with which her parents are not in touch. So far, she had only heard about the existence of her father's sister, Vittoria. Initially reluctant to renew contact, Giovanni's parents succumb to Giovanna and the girl meets her aunt. This leads to surprising discoveries. As Giovanna grows up more and more like a grumpy relative, as her father claims, she views herself and the world around her differently. The search for a new face to replace a happy child's face takes place between the two related poles of Naples that harbor fear and hatred towards each other: a city from the hills that has assumed a mask of refinement, and the one from below, behind triviality and gaudy. Giovanna is balancing between the two, she collapses and rises, confused because she finds neither answer nor help, both below and above.
For the book, visit the Świat Książki Bookstore. It is located opposite the self-service checkouts. 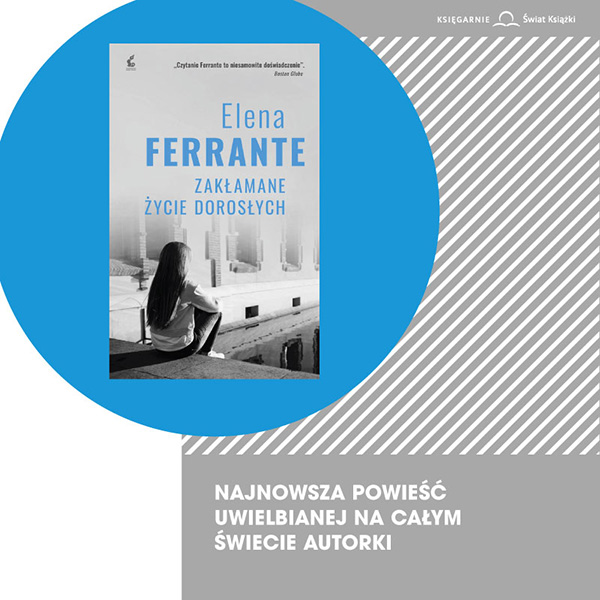 Beth O'Leary's „Zamiana” is another book in “Mała czarna” series. It is worth asking about all the titles at the Świat Książki bookshop, located opposite the self-service checkouts.
Sometimes, to change your life, it is enough ... to change the apartment! Leena - an employee of a London corporation - and Eileen, her grandmother living in Yorkshire, find out about it. Eileen dreams of great love, and Leena - a moment of rest. What will they find if they start living a completely different life than before?

A delightfully funny and uplifting story about friendship, love and a new way of life. 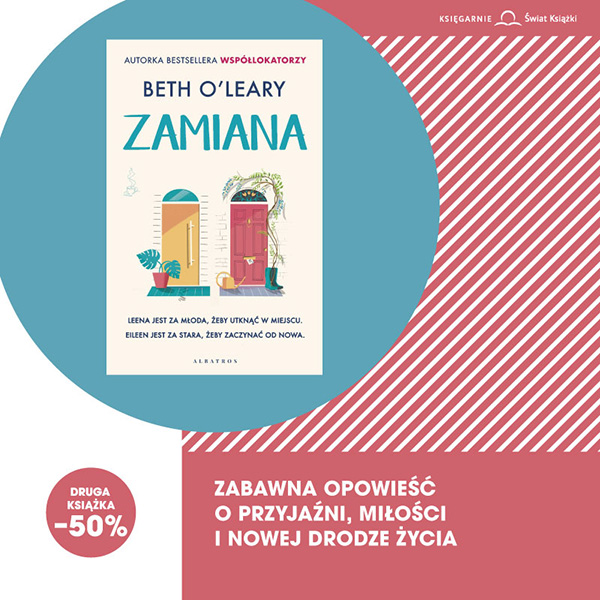 Marek Niedźwiecki, one of the most popular music journalists and perhaps the greatest voice in the history of Polish Radio, invites you to come and visit him. To see a collection of 15,000 albums, to listen to a private list of all-time albums, to travel to favorite places in the world.

It will be a great treat. And a beautiful journey. At times touching, full of anecdotes, unusual stories and beautiful memories that we have witnessed and listened to for decades. And which, despite the efforts of bad people, continues ...
You can find the book in Świat Książki Bookstore, which is located opposite the self-service checkouts. 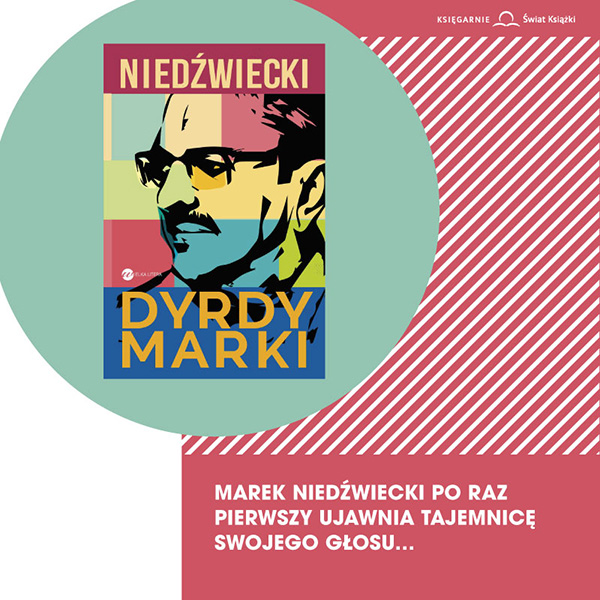