The prophecy of bones pushed Olive onto a whole new path. By standing shoulder to shoulder with the sharum warriors, he discovers the great power of his own dual nature. And every morning, after a night of thoroughbred and death, she experiences the true joy of life.

But the threat is getting closer, and the suffocating noose of danger tightens around everyone he loves.
You can buy this book as part of the "second book -50%" promotion at Świat Książki. 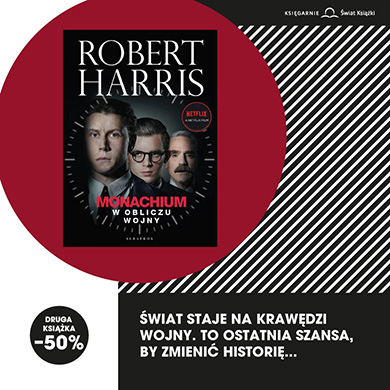 While the plane with Chamberlain on board is flying over the English Channel, the train with the Führer is going from Berlin to Bavaria. Among those accompanying the Prime Minister of Great Britain is his up-and-coming private secretary, Hugh Legat. A German diplomat who belongs to a small group of Hitler's conspirators is riding on the train. They once studied together at Oxford but had diverged six years ago. Now, Europe's future depends on them crossing each other again. And whether in a situation where the highest stake is at stake, will they be guilty of betrayal. Will they stand on the side of friends, family, country or their beliefs? 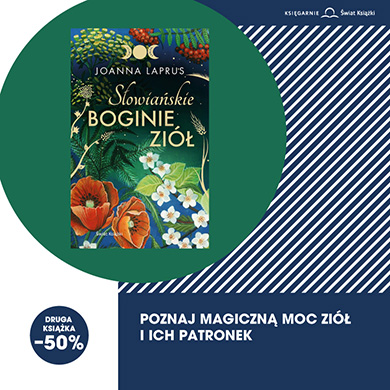 It is primarily a Slavic herbarium. Each of the Goddesses was devoted to special herbs with unique properties.

Why was the infestation called the lover, the mullein - the weirdo, and the mullein the herb of oblivion? What did St. John's wort have to do with goddesses, and rowan with rusalka?

Each of the Slavic goddesses was portrayed in a unique way by Marta Jamróg - an artist from Jasielska Pracownia Ikon.

You can buy " Słowiańskie Boginie Ziół " at Świat Książki. This title is available in the "second book -50%" promotion. 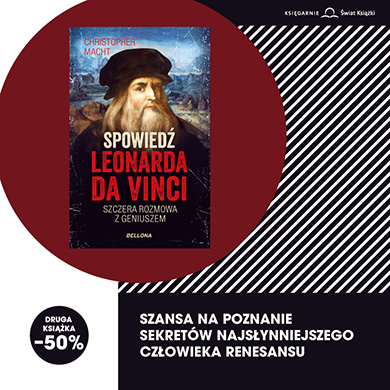 Genius, one word is enough to describe the most famous man of the Renaissance, Leonardo da Vinci. A man whose mind hated a vacuum. His constant thirst for knowledge meant that he became a symbol of creativity, love for learning and constantly unsatisfied curiosity.

So far, however, no one has managed to answer the question what this man was like in private. Was he a rude genius, or was he a wide grinning little man whose curiosity had to be at least burdensome for others? Certainly, it was sometimes difficult to share time with a man who entered the description of the language of nightingales on the to-do list or the performance of a detailed autopsy of a deer. 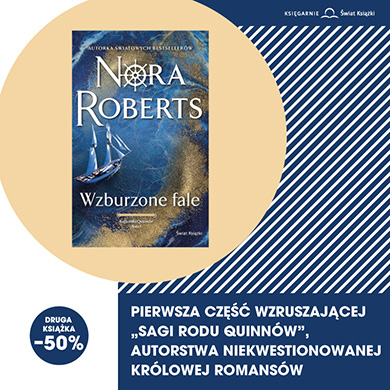 Cameron, Ethan and Philip have had a difficult childhood behind them. Beaten and abused by their biological parents, they found a real home with Stella and Raymond Quinn. Cameron became a racing driver. He lives in Europe and leads a carefree life. Unexpectedly, he receives news that his father - the man who raised him and loves him - is lying on his deathbed.

Ray Quinn obliges his sons to take care of the fourth boy he takes in. Cameron will be the first to raise little Seth.

You can buy this book as part of the "second book -50%" promotion at Świat Książki. 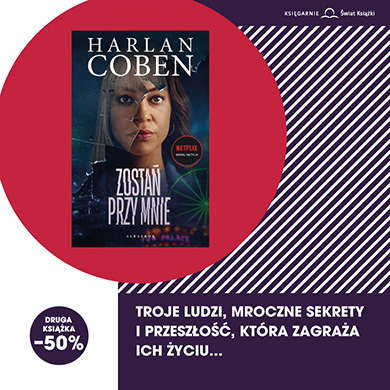 The life of Megan Pierce is the embodiment of the American Dream - husband, lawyer, beautiful house, two children. In her case, however, stabilization does not equal happiness. Megan misses her lush past of Vegas and Atlantic City strippers.

Ray Levine can serve as an example of how fortune goes on the wheel. Once a photojournalism star; now paparazzi drowning resentment in alcohol, rendering services to would-be celebrities.

Detective Broome, though he is close to retirement, is still investigating the case from seventeen years ago. He regularly visits the family of Stewart Green, the missing man.

You can buy " Zostań przy mnie " in the film edition at Świat Książki. Look for the title in the promotion "second book -50%".


-50% on the second book
You take two and pay only half the price for one. It is a permanent promotion at Świat Książki. In it you will find novelties and bestsellers from almost every kind of literature! 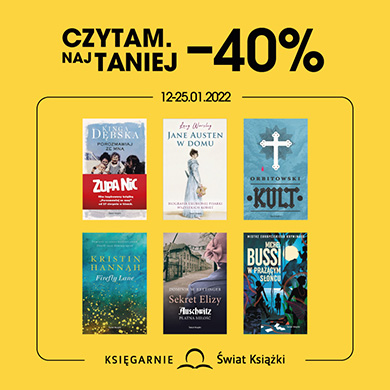 I READ THE CHEAPEST

Do you know that you can buy selected books at the Świat Książki bookstore with a minimum 40% discount? It is true. Look for the promotion "READING THE CHEAPEST"!